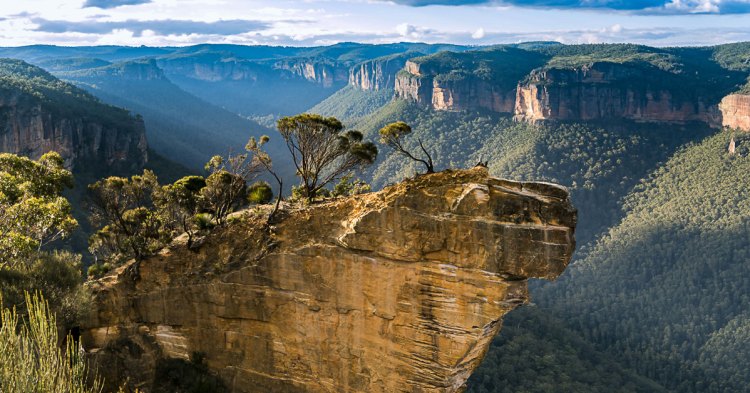 The Blue Mountains City Council (BMCC) has become the first Local Council – and in fact the first Government entity – in Australia, to embed ‘Rights of Nature’ as a keystone concept into its operational practices, planning process and advocacy program.

On 27 April 2021, the Council unanimously resolved to proceed with a new program of action that will see Rights of Nature concepts inform its long-term planning and operational activities.

The innovative approach was developed in response to a resolution passed by an Ordinary Meeting of the BMCC on 31 March 2020. Between March 2020 and the decision this week, the BMCC consulted with the Australian Earth Laws Alliance and other legal advisors for the Council – and carried out a detailed analysis of what it might mean for the BMCC to have Rights of Nature as a keystone concept in its operations.

The Council will begin its program by hosting community workshops and in-depth discussions with Indigenous and non-indigenous peoples across the Blue Mountains, to explore what Rights of Nature and other ecocentric concepts mean for the people and economies of the region.

“The Council sees this process as a critical way to meet its obligations for long term social and environmental health,” said Councillor Brent Hoare. “In the 21st Century we’re facing tremendous challenges – with climate change, the related threat of increasingly ferocious bushfires, the biodiversity crisis and a changing economy.  Rights of Nature can help catalyse an innovative rethinking about how to create regenerative, not extractivist, economies, while also making human and other living communities safer, stronger and more resilient”.

“This is an exciting step forward for public policy in Australia, and the Blue Mountains City Council must be commended for its innovation,” said Dr Michelle Maloney, National Convenor of the Australian Earth Laws Alliance (AELA). “For the first time, we’re seeing a government entity seriously consider how to shift from the western approach of treating nature as just a resource or object to be managed solely for human purposes, towards really seeing nature as a living community, with its own rights to exist, thrive and regenerate.”

Kingsley Liu, a lawyer and Blue Mountains Greens council election candidate who has been a strong advocate for Earth Laws and Rights of Nature, commended the Council. “This is an important initiative – one which will I hope will inspire the Blue Mountains community – and other Councils and communities around Australia – to integrate ecocentric principles into their systems.”

“This really is a critically important first step,” said Maloney. “While it’s not a ‘Rights of Nature’ law, its actually even more appropriate at this stage.  It’s a commitment by a Local Council to develop a dialogue in the community, as well as very practical strategies to shift the way we make decisions, to shift the way we see the economy, and change the way we treat nature. Importantly, it also helps create a shift in the way we see ourselves: Rights of Nature invites us to see ourselves as part of a living community – not as the only members of a living community.”